Lytro Illum has done it again! After being endowed with the Good Design Award a few months ago, the product has this past week received the Core 77 Design Award!

Congratulations to everyone involved in creating this terrific product!!! 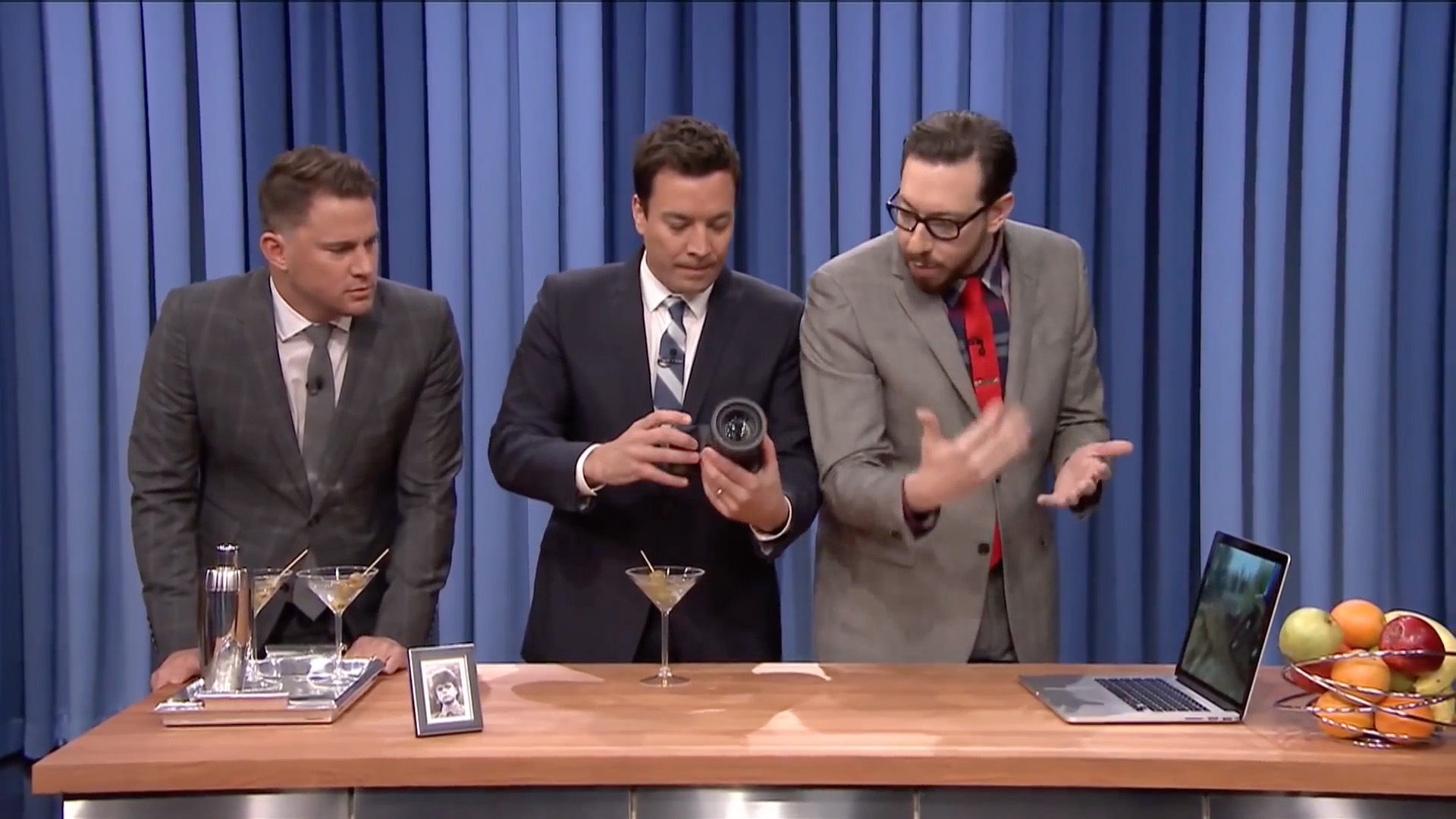 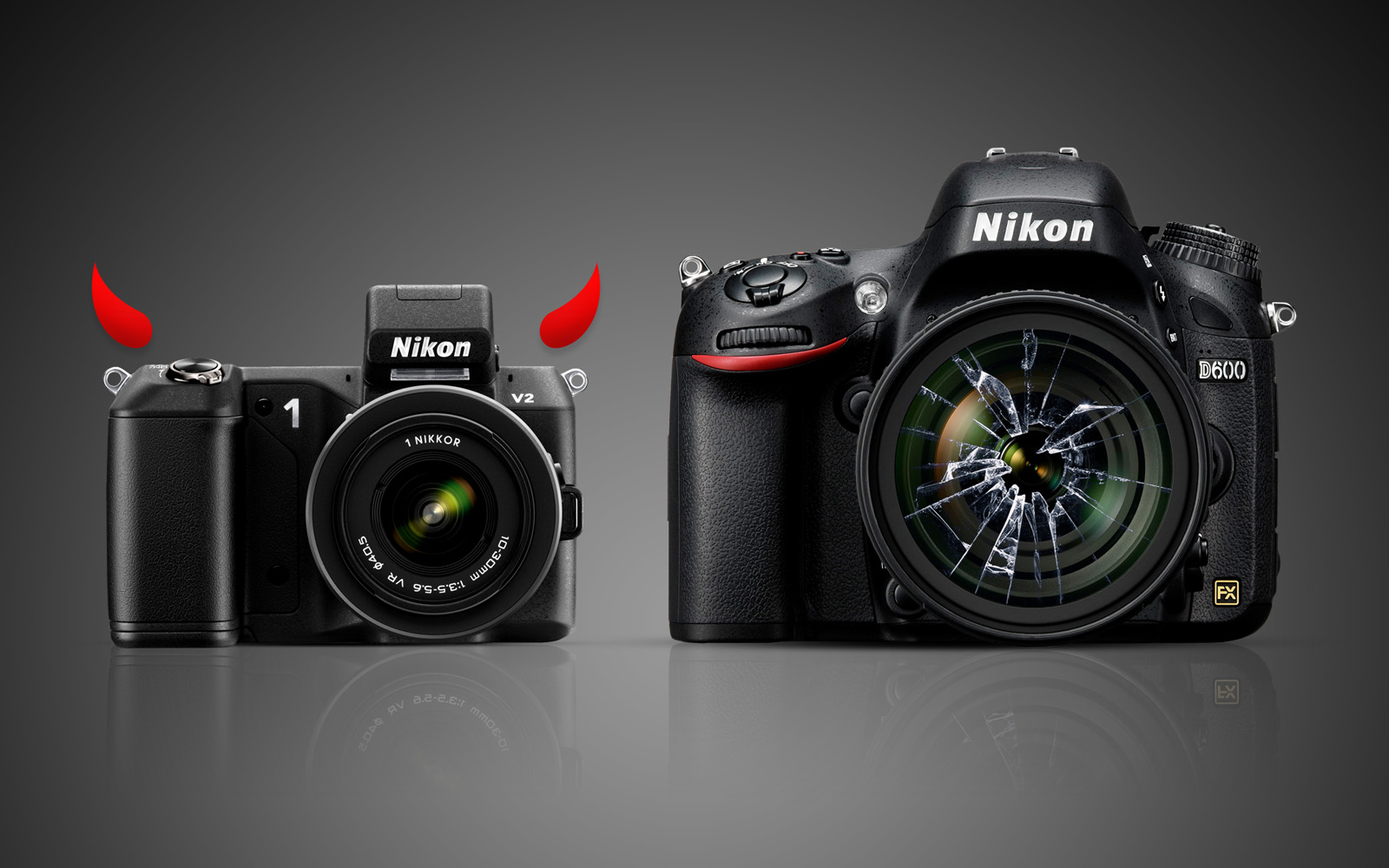 If you are a camera buff, the holiday season for you starts in January, when Las Vegas opens its doors for the 2013 Consumer Electronics Show, where among other things, camera manufacturers show the latest and greatest of their lineups. Simultaneously, at the concurrent PMA conference, photography experts will get together to discuss upcoming trends that will shape the industry.

EVIL on the Rise

One of the themes that are bound to become a hot conversation topic is the recent success of EVIL cameras (Electronic Viewfinder Interchangeable Lens) and what it means to the industry. My EVIL primer “EVIL on the Rise: The Demise of SLR Cameras?” explores the origins of these camera systems and takes a look at the opportunities EVIL offers manufacturers, professionals and prosumers.

In the report, I review the lasting advantages of Single Reflex Cameras and conclude with recommendations to manufacturers that will help them master the EVIL opportunity, and give consumers more to look forward to. 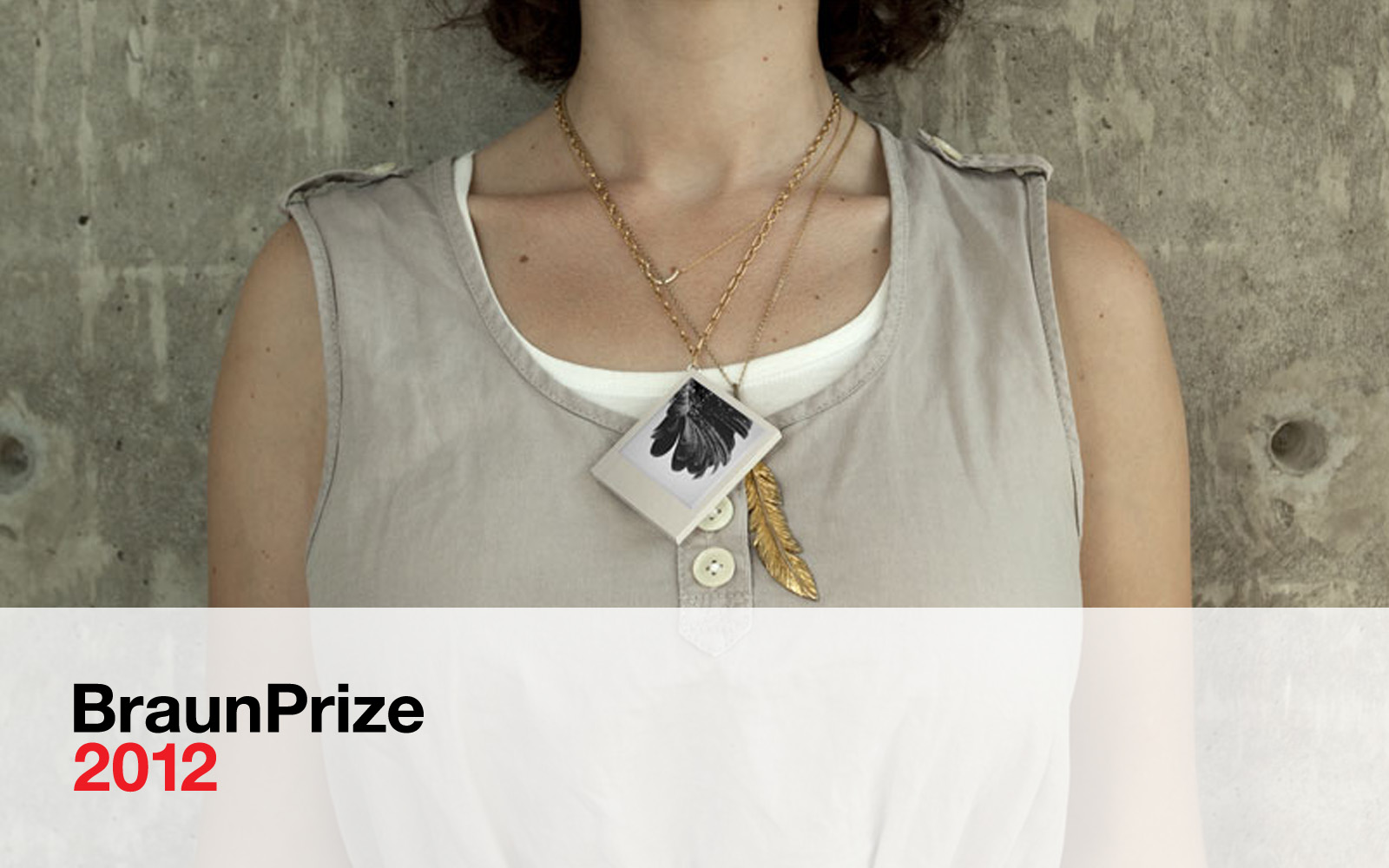 I cannot really say that my contributions to the project were major, but I played a small part in the project team that won a Special Mention at this year’s Braun Prize for Artefact’s camera design study “Meme“.

This marks the second time, that some of my work has been honored by the German company’s prestigious award.

I was speaking at PMA’s 6sight conference, where I participated in a panel on the future of digital image capture… I had a blast speaking with and listening to industry experts, learned quite a bit and also had a good time away from the conference venue… New York always makes for a great experience! 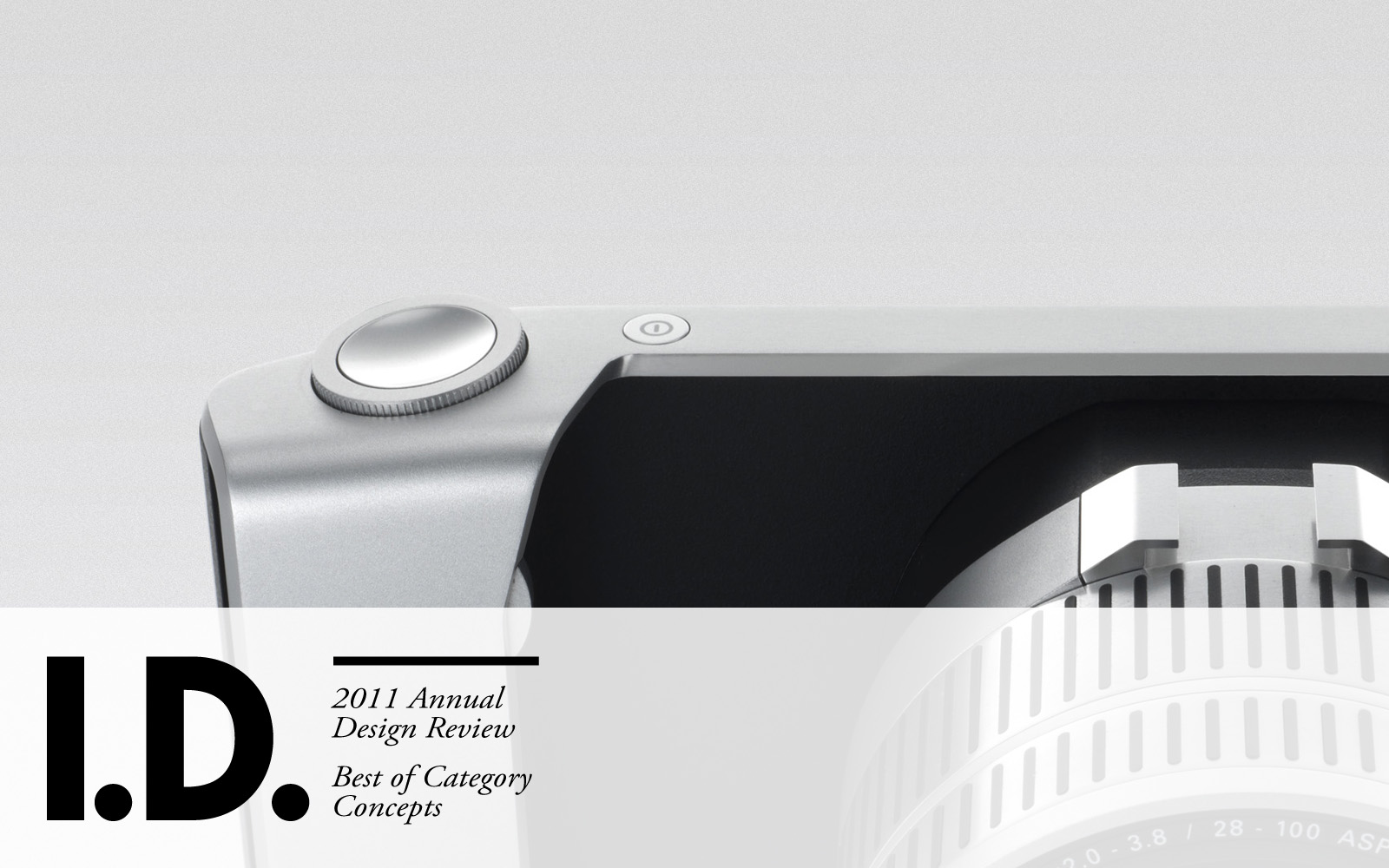 I am really proud of this one: Camera Futura has been selected for the “Best of Show Award” at the 2012 I.D. Annual Design Review. 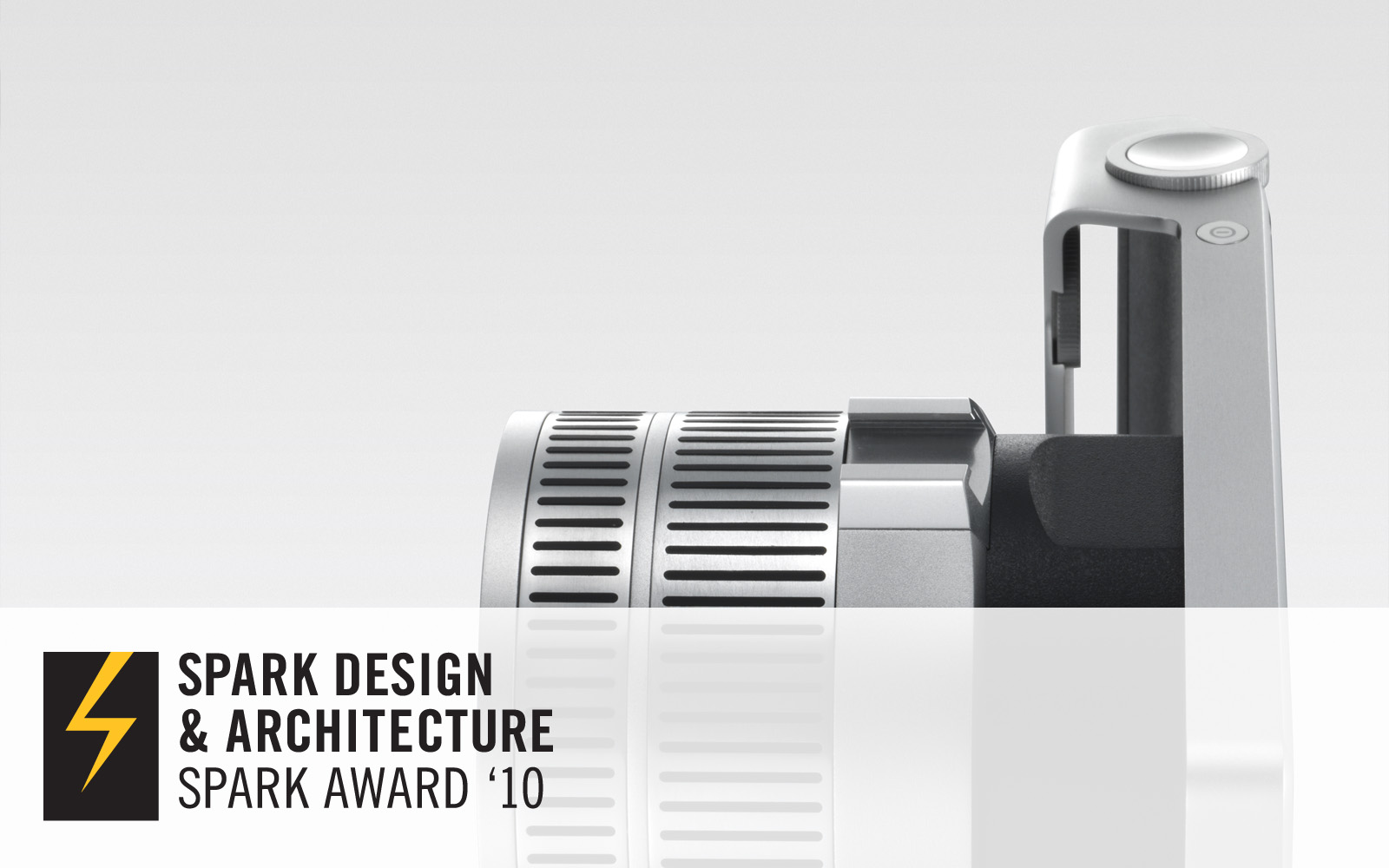 After all the dust around our Camera Futura concept seems to have settled, I took a look back at some of the hundreds of articles that were written about it. The publicity didn’t start all too well, with our little “rogue” CES video being at first considered it a hoax by some. Engadget spoke of it being “unbelievably fake” and called our initial video a “pathetic viral campaign”… we’d probably take a different route the next time around.

Still, after we posted a video vignette, describing the product’s user experience and after ReadWrite picked up on the design, the media started to focus more (pun intended) on the concept, rather than the way we first introduced it. ReadWrite’s Richard MacManus wrote the following:

As we increasingly rely on our smartphones to take photographs, wouldn’t it be great if there was a lens that could easily be added to their smart phone. That’s exactly what this camera concept aims to achieve. The Wireless Viewfinder Interchangeable Lens is an idea that would allow users to easily attach or remove a professional lens to almost any device.

My favorite article about Camera Futura was written by Wired‘s Bruce Sterling, who said:

There’s something really contemporary and even beautiful about the way this provocative “concept camera” is packaged and rolled out. First, there’s the way cameras are re-imagined “after the death of cameras” — actually, they’re imagined as if there had never been any cameras, as if cameras had always been component-based platforms and operating systems mashed-up through APIs.
And then the article itself, or the WVIL provocation, behaves as if there had never been camera companies. No economies of scale, no mass-production muscle… just an atelier shaping the tech conversation while vaguely threatening to find a production method somewhere-or-other. It’s a provocation, but it’s also a disruption. There’s something very of-the-moment about this. It’s like the camera-biz equivalent of BitCoin.

Here is what other media outlets wrote:

When can we buy one? (Please excuse the drool as I type this.)

This is one of the most beautiful and innovative concepts you’ll have seen in a long time, and acts upon something I’ve always wondered about—why can’t manufacturers just add cellphone guts to a camera?

Artefact has created a concept camera for the smartphone age

Artefact have imagined a new camera that fits portability, flexibility and quality requirements. 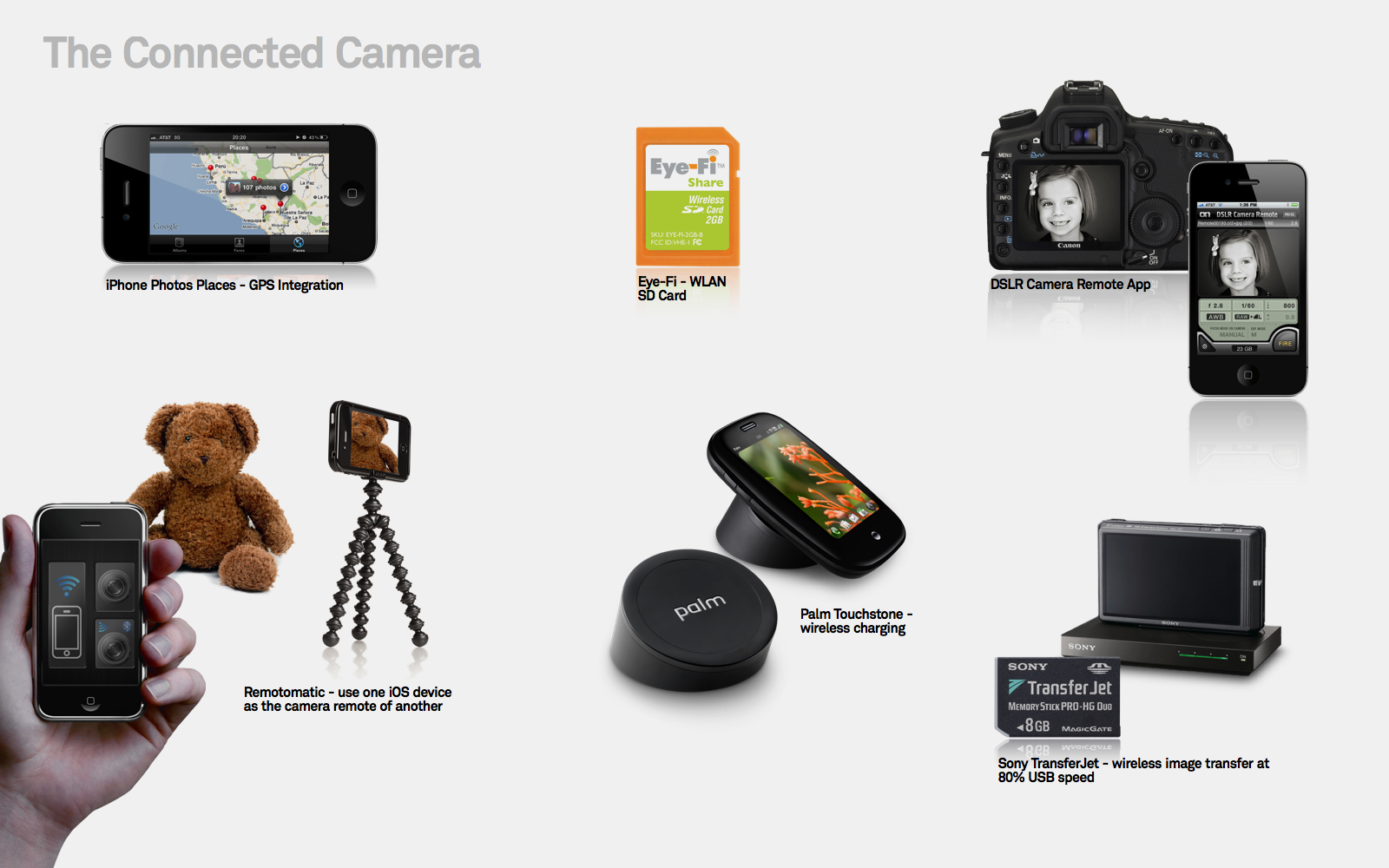 Wireless LAN, Bluetooth, GPS, compasses and other receivers are a given with mobile phones – these components not only help to interconnect different devices and untether the overall use experience, they also connect users to each other through the use of social media. Users will demand for this experience to transcend beyond the realm of their mobile phones. While the traditional camera model has been simply to capture images, post-processing, sharing, and other activities will find their way into digital cameras.

The full report shows you how mobile connected services centered on photos are growing, early designs for new camera connectivity that will soon be commonplace like WiFi, GPS, and battery charging, and new device relationships allowing remote control.

Rich with examples, all Artefact Reports also include conclusions about business opportunities and exercises you can use to understand how this trend may affect your products and services.