I cannot believe that it’s already two and a half years ago that I have led the workshop series around Eco Design at Chang Gung University.

Eleanor and I have stayed in touch and a few months ago, we came up with the idea for a shorter series of workshops around story-based design, rooted in Chinese and Taiwanese culture.

Our conversations led to a six week long project with about 30 senior industrial design students, that was centered around three workshops and a final presentation. The task for the students, that worked in six groups, was to identify a well-known legend, historic event, story, or fairy tale, and have it inspire the design of an object.

The group did extremely well and used such stories as “Butterfly Lovers” (梁山伯與祝英台), “Tomb of Three Kings” (三王墓), and “Chang’e flies to the Moon” (嫦娥奔月) as influences for their products. At the end, it was not only the students that learned from the project, but also yours truly. Coming from a completely different cultural background, I had not heard most of the stories that were used by the students… and not only did I enjoy the cultural immersion, but also the delightful and clever designs that the groups developed – well done everyone!

I organized an exhibition based on a series of Eco Design Workshops that I held at Chang Gung University.

My students showed results of our workshops with Eleanor-Jayne Browne and the exhibition in a small Taipei City café attracted a good amount of design professionals… I hope the students enjoyed the workshop and the little show as much as I did!

Eleanor-Jayne Browne has asked me to help out a bit at Chang Gung University in Linkou. Over the course of six weeks, I am holding multiple workshops with third year students around the topic of Eco Design and I am planning to present the results in a small exhibition.

Posted on May 8, 2002 in Education, Exhibitions, Industrial Design, Speaking 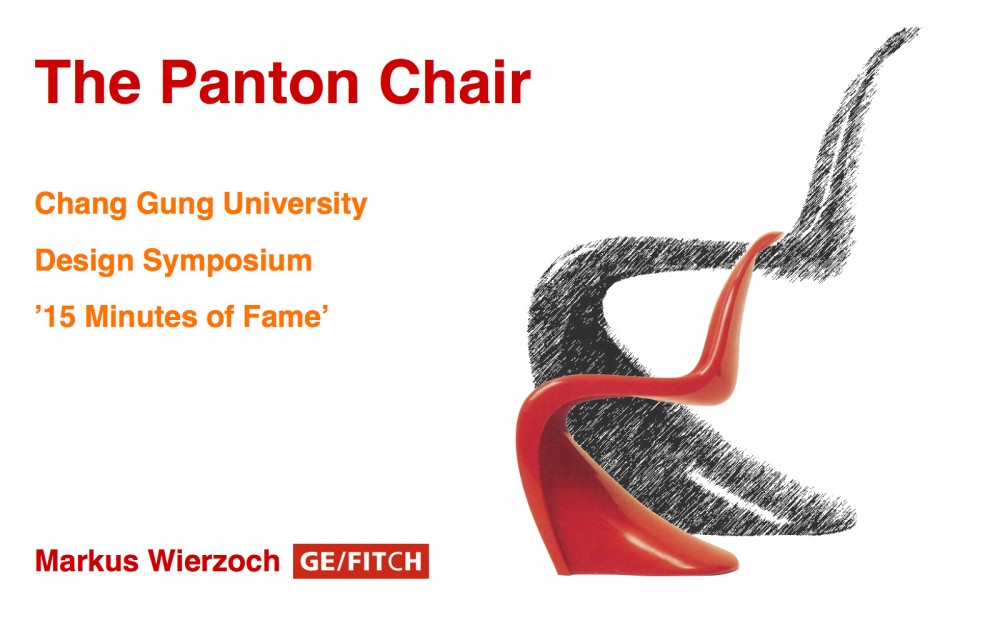 I gave a Lecture about Verner Panton at the Chang Gung University‘s Design Symposium ‘15 Minutes of Fame’ that is being held during the Young Designers Exhibition at Taipei’s World Trade Centre.

I thought it was great to be there and hope that the students enjoyed my little talk!